Arizona’s statewide officials were sworn in during the state inauguration on January 7, an event that featured more than wonky policy talk.

Amid the speeches promising bipartisanship and action on urgent issues facing the state, officials shared tender moments with their loved ones on stage as members of the public and honored guests alike cheered.

The action wasn’t all on stage. More than a few familiar faces dotted the crowd, including former Gov. Jan Brewer and U.S. Sen. Martha McSally, who was appointed in December to fill the late Sen. John McCain’s seat.

The day began another four-year term for Gov. Doug Ducey, but also featured the swearing in of two statewide Democratic officeholders: Secretary of State Katie Hobbs and Superintendent of Public Instruction Kathy Hoffman, both of whom drew cheers from the crowd at just the mention of their names. 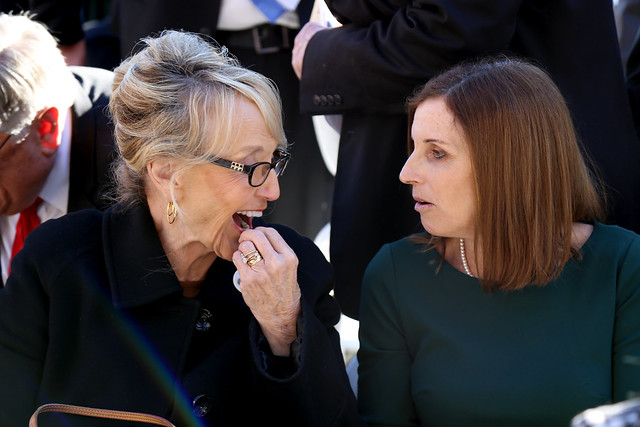