Photos: Red for Ed protests at the Arizona Capitol dwindle but persist

Public schools across Arizona remained closed for the third day as Red for Ed protesters descended again on the state Capitol.

While turnout dwindled to an estimated 4,000 people on April 27, according to the Arizona Department of Public Safety, the red-clad crowd saw a resurgence on April 30 as thousands more returned to greet legislators arriving to work on the budget.

As the protesters left for the day on the April, Arizona Educators United, the grassroots group leading teachers and other public education employees, announced the strike would continue at least through May 2. 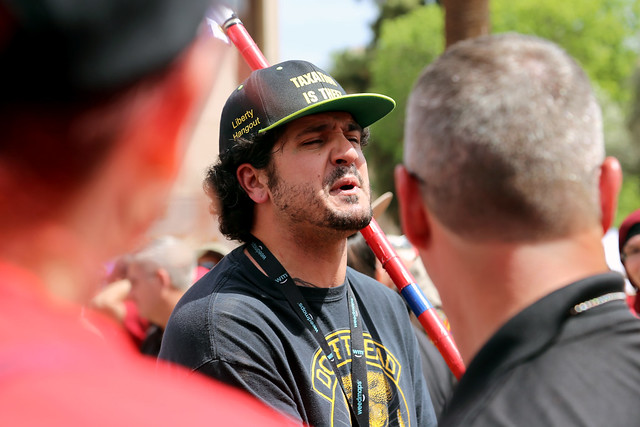